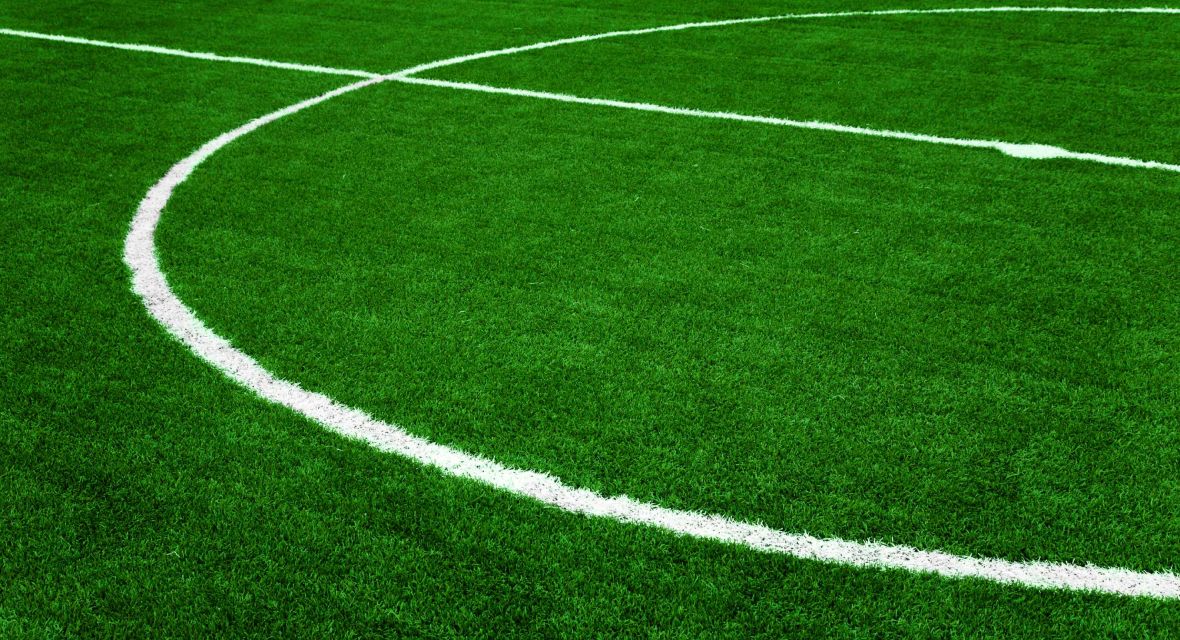 The need for success is – for football clubs, players, coaches and fans – non-negotiable. It has been forever thus but, with ever-increasing amounts of money at stake, and in an increasingly competitive market, the desire to win is greater than ever and the consequences of failure more severe. Against such a background, that disputes will frequently arise between players and clubs is inevitable.

If one factors in the transnational nature of modern football and the complicated questions of which law ought to apply to whom and where claims ought to be brought, the need for a uniform set of rules with a central dispute resolution mechanism becomes immediately clear. Today, this is found in the form of FIFA’s Regulations on the Status and Transfer of Players (“RSTP”), and Dispute Resolution Chamber (“DRC”).

In this article, we explore FIFA’s DRC, tracing its development and examining its competences. The DRC is, without doubt, one of the most ambitious and successful projects in the history of FIFA, passing thousands of decisions during its almost 20-year existence which have, to a significant degree, shaped the football transfer system.

The origins of the DRC trace back to December 1995, when the Court of Justice of the European Union (“CJEU”) issued its famous Bosman ruling declaring, inter alia, that Article 48 of the Treaty establishing the European Economic Community (commonly known as the Treaty of Rome) precluded the application of rules laid down by sporting associations, under which a professional footballer who is a national of one Member State may not, on the expiry of his contract with a club, be employed by a club of another Member State unless the latter club has paid to the former club a transfer, training or development fee.

Prior to Bosman, the transfer system was based on a slightly different set of principles. In particular, a player’s former club was entitled to request from the player’s new club a “development fee” even if the contract between the former club and the player had already expired. This “development fee” was generally calculated, in the absence of an alternative agreement between the two clubs, by multiplying the player’s gross annual income by a factor which varied from 2 to 14 depending on the player’s age (the younger the player, the higher the factor).

During the years following Bosman, several discussions were held between FIFA, UEFA and the European Commission in order to reform the transfer system. Almost six years later, on 5 March 2001, an “informal” agreement was reached whereby FIFA and UEFA undertook to immediately change the existing transfer regulations on the basis of several principles. Amongst them was:

“[the] creation of an effective, quick and objective arbitration body with members chosen in equal numbers by players and clubs and with an independent chairman (…) arbitration is voluntary and does not prevent recourse to national courts”

The DRC had been conceived. 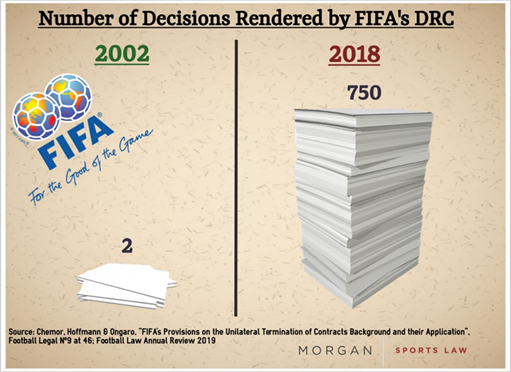 The DRC was formally created in September 2001 and its first official meeting took place in November 2002, in which only two decisions were passed.Almost two decades later, in 2018, the DRC (including its sub-committee and individual judges) rendered over 750 decisions.

The DRC is a quasi-arbitral tribunal composed of 26 members, 13 club representatives and 13 player representatives, as well as a chairperson and a deputy chairperson.  The DRC usually adjudicates in the presence of five members (two representatives of each stakeholder plus the [deputy] chairperson), and meets every four to six weeks, passing around 25 to 30 decisions a meeting.

The Chamber also includes two DRC judges who can adjudicate on claims with a value of up to CHF 100,000 and a sub-committee which is competent to hear claims related to training compensation and the solidarity mechanism.

In practice, the members attending each meeting are invited by the FIFA administration on a rotating basis, taking account of availability, language and the nationalities of the parties. Once the date of a meeting has been confirmed, the composition of the Chamber is notified to the parties so as to give them the opportunity to challenge any of the attending members, should they consider having grounds to do so. 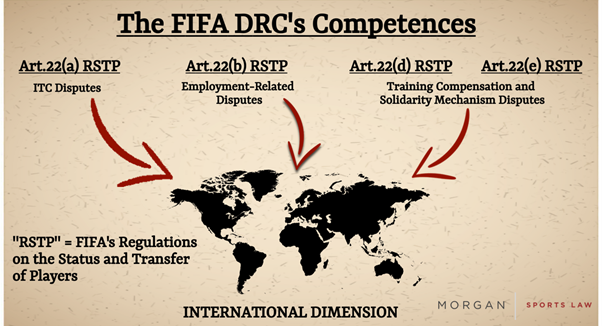 In accordance with Art. 22(a), the DRC is competent to hear disputes between clubs and players in relation to the maintenance of contractual stability where there has been an International Transfer Certificate (“ITC”) request and a claim from an interested party in relation to said ITC request. As long as these characteristics are present, it is irrelevant if the player is a national of the country where his former club is based. Nevertheless, for Art. 22(a) to apply, the claim from the interested party must be factually linked to the ITC request. In other words, the claim should be based (at least partially) on the ITC request.

The most common scenario in which Art. 22(a) applies is when a player who is a national of the country in which his former club is based, prematurely terminates his contract with the latter without just cause in order to join a new club based on a different country.

Art. 22(a) has been the subject of intense debate and criticism for its apparent lack of clarity regarding the scope of its application. One of the main controversies is the question of whether Art. 22(a) only applies if the association of the former club rejects the issuance of the player’s ITC.

As an exception, the parties to a contract can opt out from the general competence of the DRC and agree instead to submit their employment-related disputes (of an international dimension) to an “independent arbitration tribunal that has been established at national level within the framework of the [national] association and/or a collective bargaining agreement” (“NDRC”). The arbitration clause in favour of an NDRC should be contained in the employment contract or in a collective bargaining agreement applicable to the parties. Likewise, the arbitration clause must be drafted in clear and unambiguous terms, it must refer to a specific body within the national association and it should exclude the jurisdiction of any other competent body.

The NDRC should also “respect the principle of equal representation of players and clubs”. It is deemed that an NDRC respects this principle only if, according to its regulations, the representatives of both stakeholders are in a position to exercise equal influence on its composition. In particular, there should be the same number of player and club representatives, and the chairperson and deputy chairperson must be chosen by mutual consensus. The proceedings carried out in front of an NDRC should also respect fundamental principles of due process, such as the right to be heard, to contentious proceedings, to an independent and impartial tribunal, and to equal treatment.

Besides employment-related disputes, under Art.22(d), the DRC – specifically its sub-committee – is competent to adjudicate claims relating to training compensation and the solidarity mechanism between clubs affiliated to different associations. Under Art.22(e), this extends to disputes relating to the solidarity mechanism between clubs affiliated to the same association, provided that the transfer of a player at the centre of the dispute occurs between clubs belonging to different associations.

Moreover, although not explicitly referenced at Art. 22(e), the DRC will also declare itself competent to deal with training compensation disputes between clubs affiliated to the same association, provided that the transfer at the basis of the dispute is international.  This situation is quite rare and only occurs in relation to the so-called “loan exception”. Consider, for example, the following scenario: 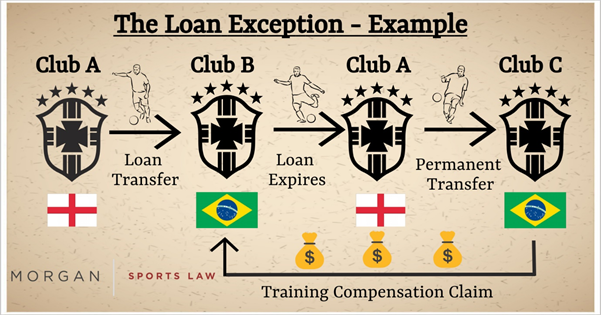 The systems of training compensation and solidarity mechanism have barely changed since their introduction in the 2001 edition of the RSTP.  That, however, is about to change, with the FIFA Football Stakeholders Committee having endorsed wide-ranging reforms following a meeting in September 2018, including the creation of a “clearing house” to process, inter alia, payments made in relation to training compensation and the solidarity mechanism. 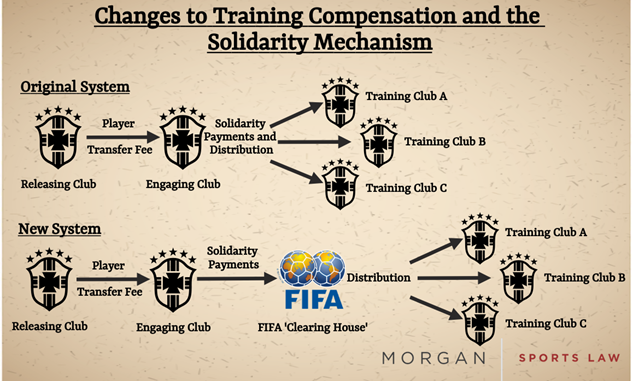 The creation of this new system means that it is likely that the dispute resolution system regarding training compensation and the solidarity mechanism will disappear in its current form as there should – in theory at least – be no more outstanding payments between clubs.

With regards to the DRC’s jurisdiction ratione personae, it is worth noting that Art.6 of the Rules Governing the Procedures of the Players’ Status Committee and the Dispute Resolution Chamber establishes an exhaustive list of persons subject to FIFA’s jurisdiction: member associations, clubs, players, coaches, or licensed match agents.

Importantly, as of 1 June 2018, the DRC is competent to impose sporting sanctions on players and clubs which fail to comply with its decisions. Such sanctions consist of, for the former, restrictions on playing in official matches for up to six months and, for the latter, bans on the registration of any new players for up to three registration periods. 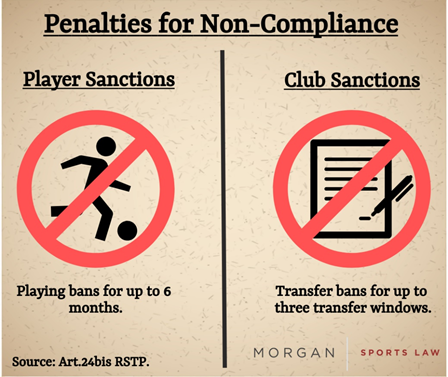 Whilst the DRC has faced numerous challenges and criticism over the years – mostly related to the duration of the decision-making process – it unquestionably provides a valuable and unique service in the resolution of football-related disputes.

As with any dispute resolution system, improvements could be made. It is, therefore, of paramount importance that FIFA continues with its efforts to improve and modernise the legal framework in which the DRC operates to ensure that the DRC evolves and remains fit for purpose.

1. The author would like to thank Lisa Jones and Ben Cisneros of Morgan Sports Law for their most valuable feedback and assistance.

3. Art. 48 par. 1 of the EEC Treaty: “Freedom of movement for workers shall be secured within the Community by the end of the transitional period at the latest”.

7. See Football Law Annual Review 2019. This number does not include claims that were settled or never completed. The total number of claims submitted to FIFA in 2018 is around 2,500.

9. See Art. 4 of the Rules Governing the Procedures of the Players’ Status Committee and the Dispute Resolution Chamber.

14. Usually the player’s former club, though it may be the player themselves or another club.